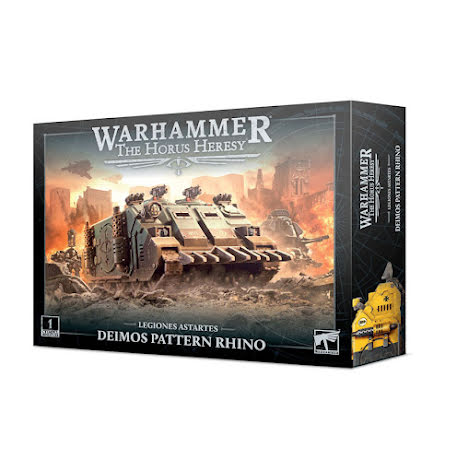 This multipart plastic kit builds one Legion Rhino Transport, in the distinctive Deimos pattern.This efficient transport vehicle has the capacity to carry a 10-

This multipart plastic kit builds one Legion Rhino Transport, in the distinctive Deimos pattern.
This efficient transport vehicle has the capacity to carry a 10-man squad of Legionaries across the battlefields of the 31st Millennium, with room for characters to join the unit.
Protected from enemy fire by thick armour plating and its defensive smoke launchers, the Legion Rhino Transport is armed with twin-linked bolters, and can be further customised with a range of weapons and utility gear.
This kit includes the components to add a pintle-mounted havoc launcher, heavy bolter, heavy flamer, multi-melta, or a combi-weapon with five configurations (bolter, flamer, melta, plasma, or volkite), as well as a searchlight, a dozer blade, and a hunter-killer missile. It also offers a number of cosmetic options, such as towing hooks and a choice of a Space Marine gunner, spotter, or closed hatch.

This model has no Legion markings, allowing Warhammer hobbyists to paint it in whichever colours they choose – however, the box includes a transfer sheet with 42 optional markings and iconography for the Sons of Horus and Imperial Fists Legions.

This kit comprises 102 plastic components, and is supplied with a Legiones Astartes Vehicle Transfer Sheet. 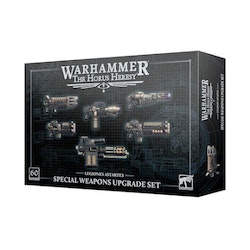 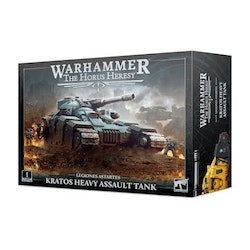 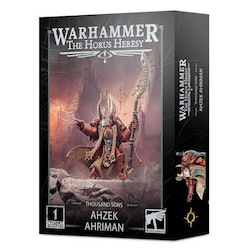 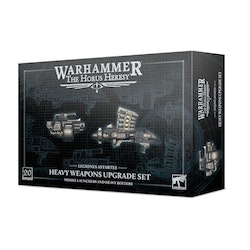 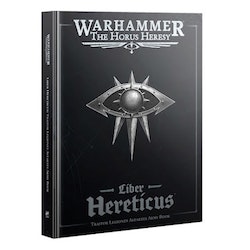